Plasticware and the OCD cat

If you have read my posts you must know of my youngest son’s fondness for nature, wildlife, creepy crawlies and all other sorts of critters.  You also know of the necessary passage of the ‘must pass visual inspection before coming into the home’ rule.  This inspection was passed after a horrific event that I am still receiving deliverance from.

Our cat seems to have developed a fetish for snakes and has caught a bunch this summer.  Usually their lifeless bodies, which are positioned just so (he also seems to be a little OCD) is what we are greeted with on our back porch.  Once he had these two friendlies waiting for us…..

Positioned by our OCD cat
The kids were playing outside a few days ago when the nature lovin’ youngest excitedly ran in with a new friend who was saved from the jaws of our cat.  He wanted to see if  ‘it’ would be permitted in our home.  Holding my breath I rounded the corner and found this on my counter….

….and suddenly I was thankful that I had the sense to place the plasticware where he could reach it!!!!

Posted in My family, The kids

I, with the mandatory assistance of my young helpers, are embarking on a shed clean-out project and it is taking place on the HOTTEST days of the entire year.  Why?  Because when I get an idea I just have to move on it.  Plus, the tale-tale odor of death and decay along with killer African Bees (I’m sure of it) swarming the shed hinted to me that some TLC was in order.

We have made some interesting finds…from old stuff we forgot we had to critters in various stages of anatomical decay.  It has proven to be quite the biological lesson.  My kids have become experts at sniffing out “death” and have been know to loudly shout “I smell death” as soon as they get that familiar whiff.  Although, shouting this sentence truly becomes awkward when the elderly are around.

For the sake of those with weak stomachs I will not post the pix of the maggots having dinner ‘with’ the mouse.  But here are some more appropriate finds….. 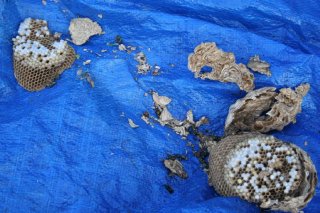 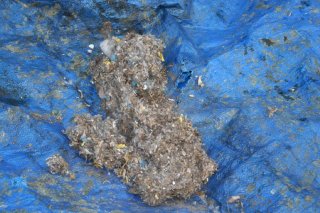 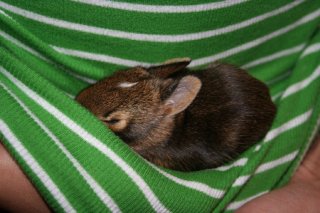 Awww, now this little baby bunny we can deal with

So after experiencing heat exhaustion and dehydration I had to make a trip to the local landscaping store.  The hubs thought it would be a great idea to lay down a rock floor in the shed to help with moisture and really show some shed TLC.  I was apprehensive when he told me the type of rock I wanted to ask for was called “Buffalo Farts.”  Buffalo Farts? [I echoed] and he absolutely assured me that this was indeed their proper name.  But still my gut was twisted…somehow I could not envision the landscaping business advertising Buffalo Farts to the manicured lawns of the rich and famous. I can just picture the conversation “Hey Bob those are really nice rocks you have there.  What are they called?”  Bob (having great difficulty): Buffalo Farts.

But ok, I get that I am a landscaping ignoramus so Buffalo Farts it is.  I confidently walked up to the counter in my sweat pouring state and declared “I need a half ton of Buffalo Farts.”  As awkward as this may sound, the real humiliation came with the extremely long pause, followed by the quizzical looks, and ultimately the deep belly laughter from big burly, tanned men.  Big burly, tanned men who attempted to repeat my statement but were unable due to their fits of hysterics.  So the moment turned into a prolonged comical session of partially spoken sentences – “A half ton…..A half ton of Buff…..Buffalo Far….half ton of Buffalo Farts” followed by more hysteria while I stood in fake confidence.  Once they regained their composure and questioned the ignoramus they determined that what I actually required was #3 gravel.  Yes, #3 gravel has a nice ring to it and I can totally see Bob (fictional guy from my imagined conversation above) proudly proclaiming “Well, thank-you it is #3 gravel.”

Buffalo Farts or #3 gravel…same thing yet solid proof that “A good name is more desirable than great riches” Proverbs 21.

Posted in My family, My Tales, The kids

All on the Fourth of July

What did you all do on this independance weekend?  We enjoyed our freedom and did a little of this…. 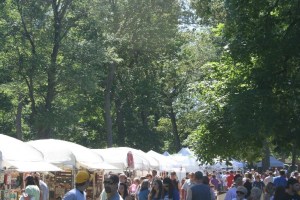 Festival time in the heat of the day

Where we stopped to smell the finer things in life….

…and appreciate the talent of others

Holding on to those we love…. 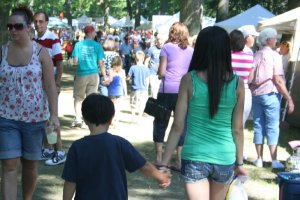 …as we weave through life 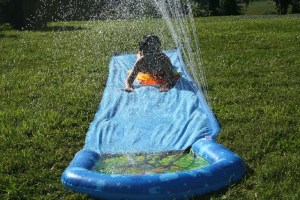 taking time out to slow down…

spending time with the wise, who have been married for 60+ years and are still laughing – there’s hope for us all!! 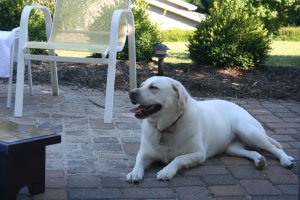 ahhh, the smell of children running around with hot dogs.  It almost makes me forget the pain and trauma of the attack but shhh don’t tell anyone that I already ate more than I should’ve cuz I’m milking this for all it’s worth!!
Learning from the canine and focusing on the pleasant memories like hot dogs!  Happy Fourth of July everyone!!!

Posted in My family, The kids, Their stories